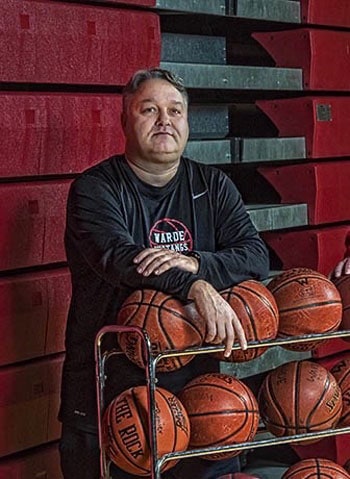 David Danko joined the Warde family in 1982 when he entered as a freshman and, other than a brief break while he attended Southern CT State University, has been part of the community ever since. He has coached for 30 years including some sub-varsity volleyball and girls basketball and has been the head coach for girls basketball for 26 years.

Coach Danko‘s teams have won three FCIAC titles, been a CIAC state runner up three times, four-time Swaffield award winners for sportsmanship, and have over 450 wins. Five times he was selected by the CT Post as the Coach of the Year and in 2009 was the CIAC Coach of the Year. Dave is proud of all his student athletes that have gone through his program with over 30 who have gone on to play in college.

Coach Danko is at Warde year -ound as he is the fall site director and also assists with those responsibilities in the spring. You will often see him at Warde sporting events at other schools assisting with student supervision or just cheering on the Mustangs!