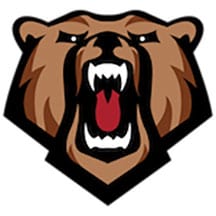 Pat Miller, the offensive coordinator on Sheehan’s state championship team last fall, has been named the new head coach for the Norwalk football program. Miller will be taking over for Sean Ireland, who stepped down in December after eight seasons with the Bears. “He comes with a great coaching background,” Norwalk athletic director Doug Marchetti … Read more 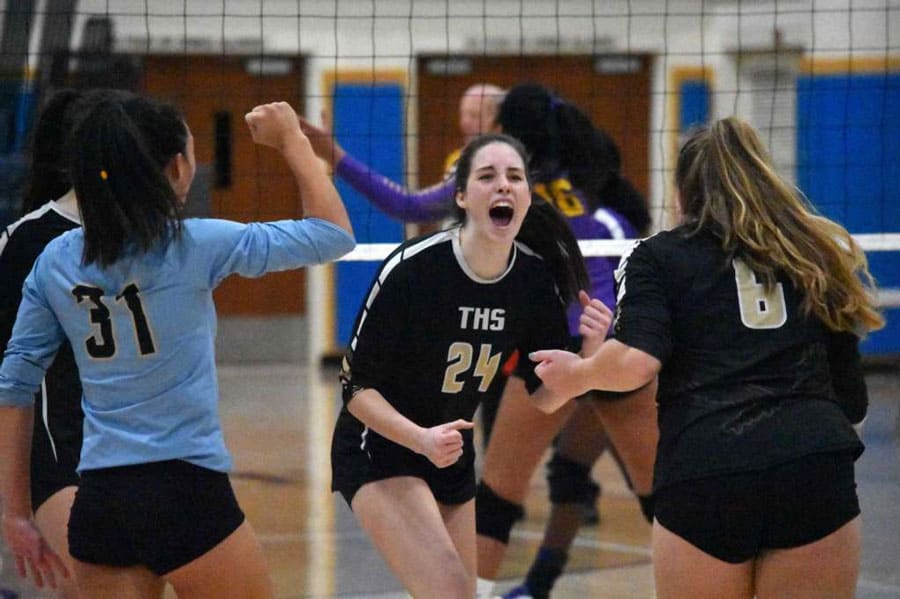 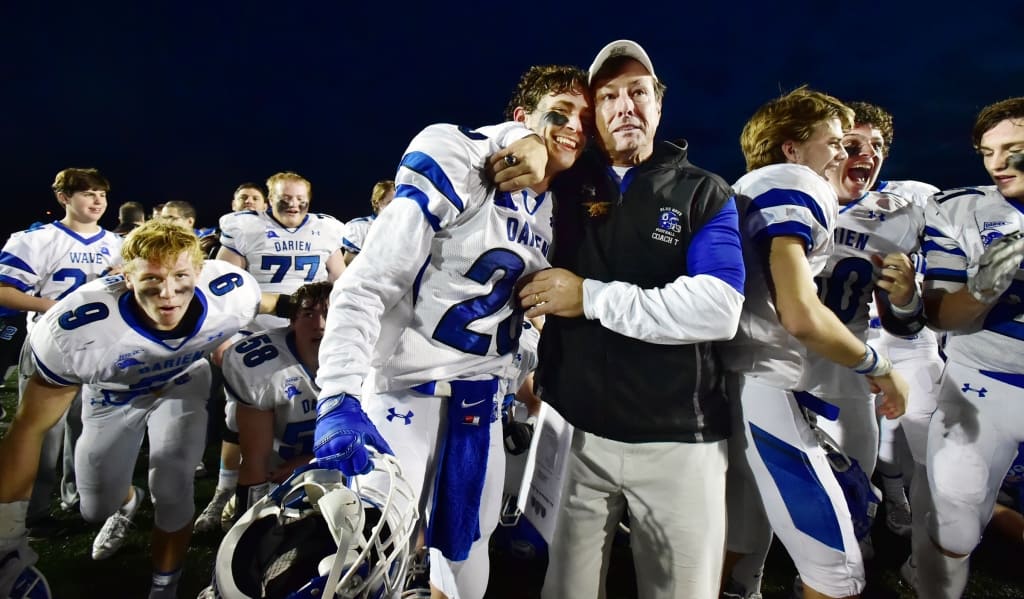 Rob Trifone, who has led the Darien football program for the past 13 years, informed his team Friday he is stepping down as head coach. Since he took over as head coach in 2007, Trifone’s Blue Wave has compiled a 129-26 record with four FCIAC and three state championships. Darien earned the state’s final No. … Read more 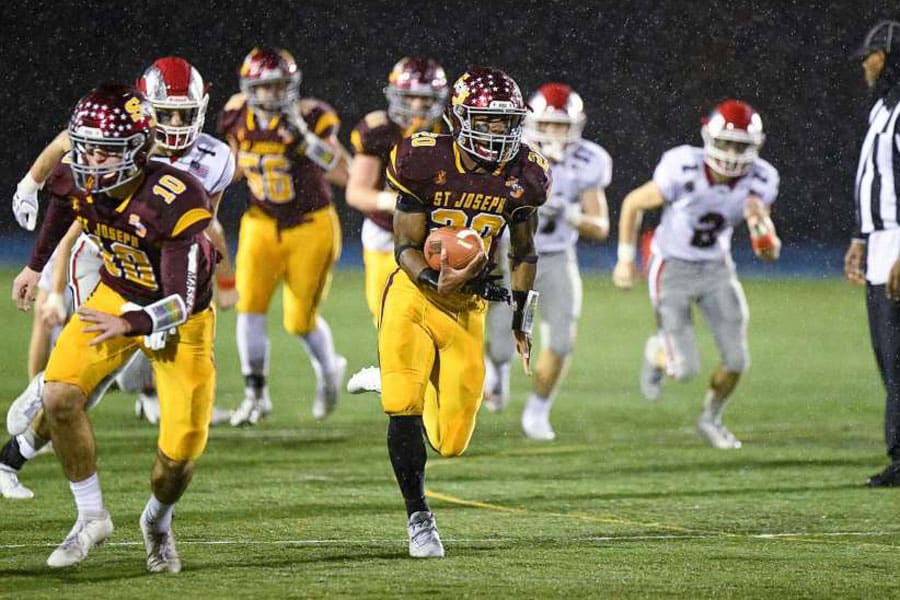 The championship game of the CIAC Class L Football Playoffs was a showdown of the top two ranked teams in the state – No. 1 Daniel Hand versus No. 2 St. Joseph from the FCIAC. So when coach Joe DellaVecchia’s St. Joseph’s Cadets prevailed in that battle of unbeatens by a 17-13 margin, in addition … Read more 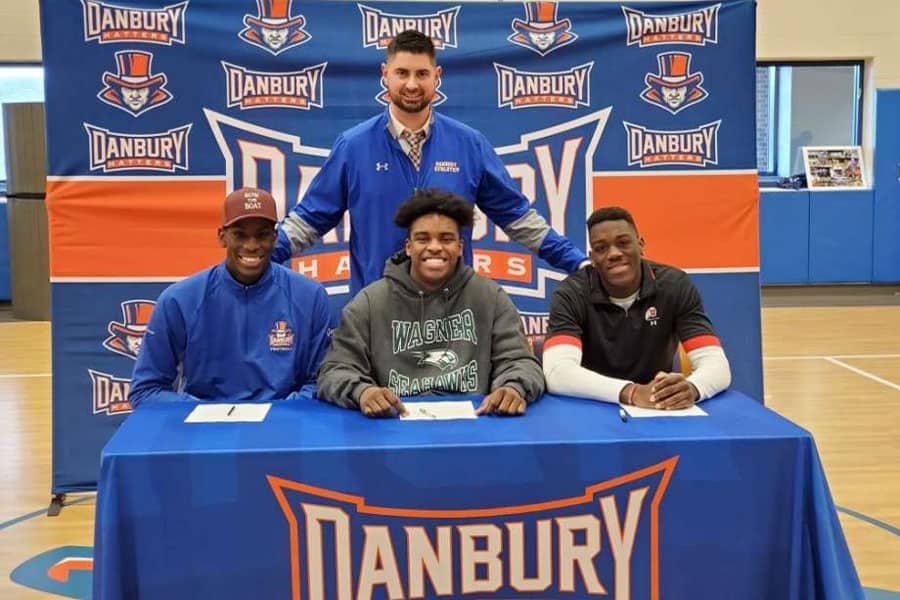 DANBURY — It was a text that would change his entire future. When four-star defensive end Jah Joyner found out Boston College coach Steve Addazio was fired just two weeks ago by a fellow Eagles commit, it opened up his recruitment entirely. Unsure what was next, Joyner and Hatters coach Augie Tieri quickly put together … Read more 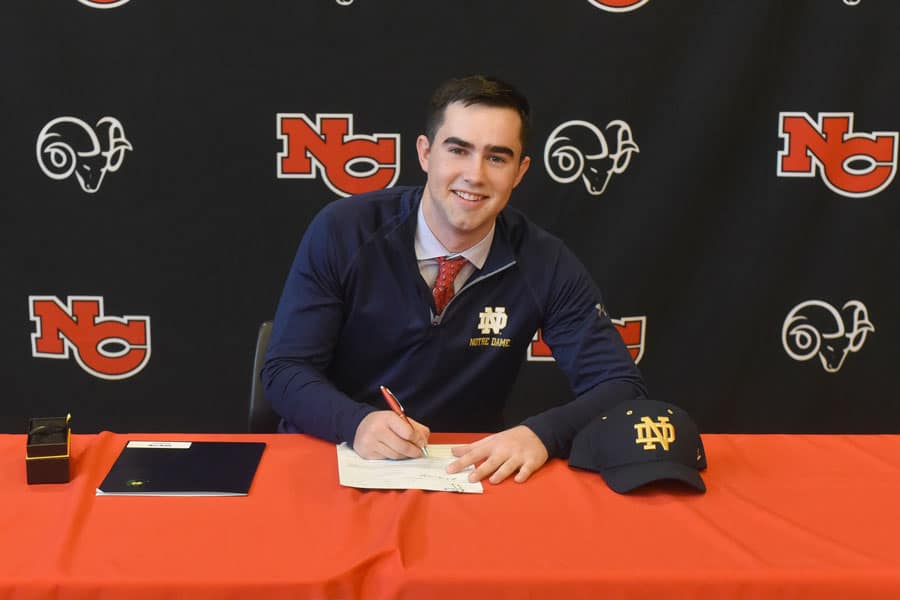 NEW CANAAN — It’s been no secret Drew Pyne’s football future was with the Notre Dame Fighting Irish. The New Canaan senior made his verbal commitment long ago, but when he finally put his signature on paper Wednesday, Pyne was happy to celebrate while surrounded by family, including parents George and Helene, sisters Rachel and … Read more 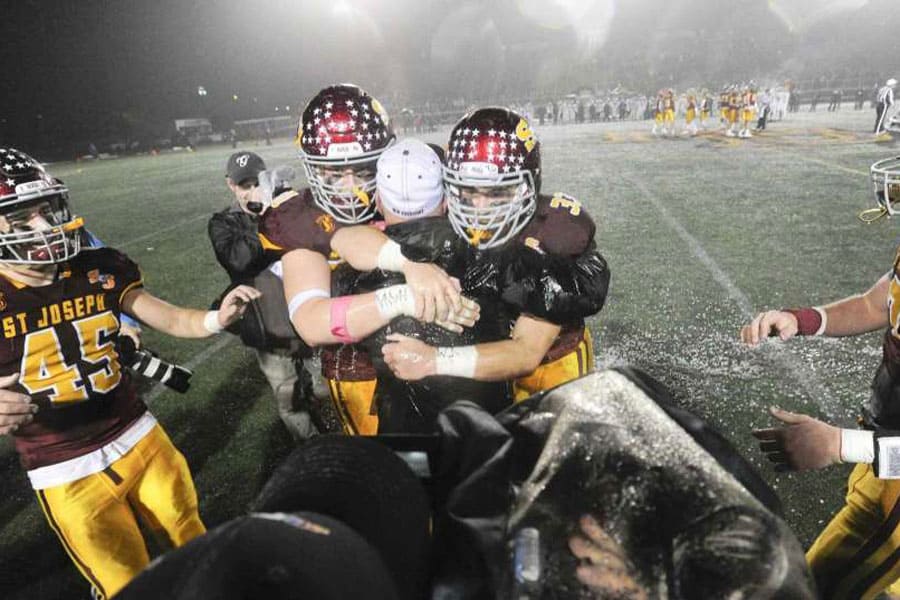 NEW BRITAIN — Jaden Shirden, after his usual big rushing day, smiled when his teammates on the other side of the ball came up in conversation, the defense that led St. Joseph to their third CIAC football championship in a row. “They’re some bad boys,” Shirden said. “They come out and play. They do their … Read more 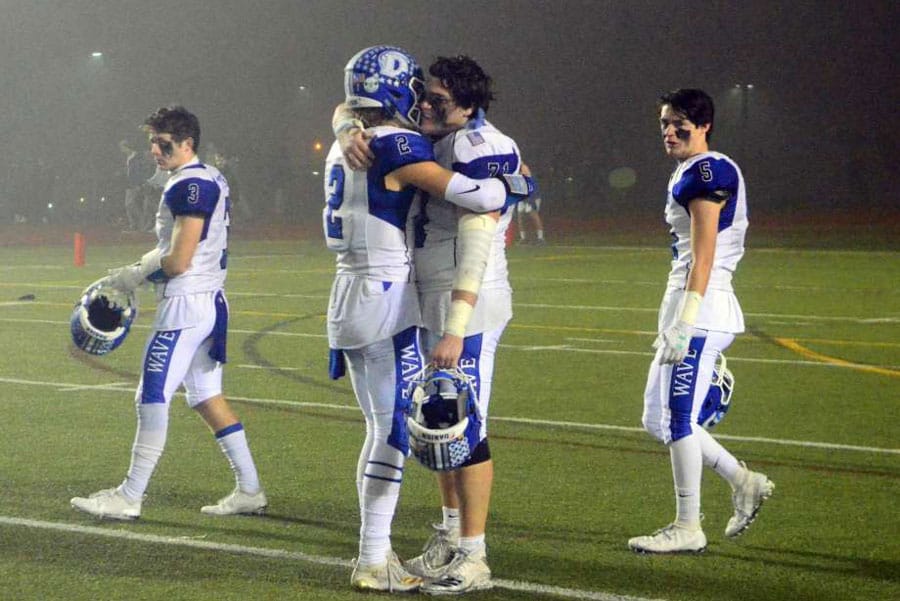 TRUMBULL — The seniors on the Darien football team have had many winning moments during the past few seasons. With such a high degree of success, the losses, of which there have been few, have always been difficult to take. None of them can compare to the heartbreaker the Blue Wave suffered in Saturday’s Class … Read more 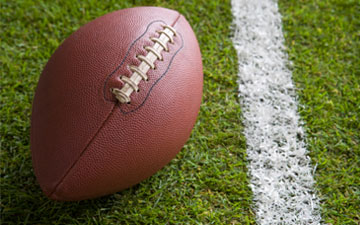 TRUMBULL — It was written in the stars and wasn’t going to end any other way. Three seconds left and facing overtime against a perennial powerhouse, Newtown conjured the magic a Hollywood writer couldn’t even dream of producing. Newtown’s storybook season had a magical ending Saturday as Riley Ward hauled in a 36-yard touchdown from … Read more

NEW BRITAIN — In a season where it was overshadowed by a prolific offense that had games decided well before halftime, it was the defense that was going to have to come through if the St. Joseph football team was going to soar over the final hurdle and a dream more than three months in … Read more