Not a lot separates the boys soccer teams of Trumbull High and Norwalk High this season. On Friday night in the quarterfinals of the FCIAC tournament, the margin was narrow when the two sides met again in a physical match— two penalties to be precise. After the teams battled to a 1-1 stalemate 11 days … Read more

TRUMBULL — The action between the Trumbull and Norwalk boys soccer teams finally heated up after 100 minutes of play.

After neither team could find the back of the net in regulation and overtime, each side came through in the penalty kick shootout, and the score was 5-5 at one point, before the Bears missed a PK and Eagles goalie Chris Prizio made a key save, helping lift Trumbull to a 7-5 PK victory in the FCIAC quarterfinals on a chilly Friday at Trumbull High.

“I was just trying to do what I needed to do to help the team win,” said Prizio, who made two saves in the shootout. “That’s all that matters.”

See the play develop, follow your gut feeling and try and make the stop.

Ludlowe’s Nicholas Tenreiro did that — twice — and because he did, the Falcons are advancing into the FCIAC boys’ soccer semifinals.

First, Tenreiro slid out to block a shot in close from Warde’s Daniel Villabla, and then lunged to his right to punch away a curving shot from Jacob Deck. Two potential game-changing plays that kept Ludlowe in front and sparked them to a 2-0 win in the FCIAC quarterfinals on a chilly Friday night at Taft Field.

“I was just thinking that I have to make the saves for my team,” Tenreiro said. “I just kept my eye on the ball and reacted accordingly. I just did what I had to do, and I was there for it.” 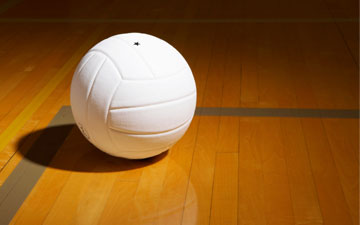 With the fate of the Hatters’ season hanging in the balance, Jallow had one more opportunity in overtime.

And he nailed it.

Jallow, a dynamic senior forward, booted home a low shot off an assist from Tiago Dos Reis with less than four minutes remaining in the first of two 10-minute overtime periods to lift the top-seeded Hatters to a 3-2 victory over Brien McMahon, the upset-minded eighth seed.

“We were up two and we let it slip, so we couldn’t let it go down any more,” Jallow said. “It feels good to put one in the net and be moving on.”

Darien’s Bridget Mahoney (right) and Ridgefield’s Isabella Carrozza (12) battle in the Tigers’ circle during the FCIAC quarterfinals Friday at DHS. — Dave Stewart photo The Darien field hockey team has appeared in the FCIAC championship game in seven of the past nine years. Obviously, the Blue Wave is extremely comfortable in the playoff spotlight. … Read more

STAMFORD—Thinking he was going to be leading his team into a game Saturday smack dab in the middle of a nor’easter Saturday, Trinity Catholic coach Donny Panapada dusted off some old playbooks when game planning for Westhill.

The contest was moved to Friday afternoon to avoid playing in the storm but Panapada stuck with the new, old, game plan, busting out the Wing-T offense at J. Walter Kennedy Stadium.

The plan worked to perfection as Trinity got two touchdowns on the ground, pounding the ball all afternoon en route to a 22-7 win over rival Westhill.

It was Trinity’s first win of the season and Panapada could barely contain himself after the final whistle as he spoke about what it meant for his seniors.

“I get emotional because of my seniors. They fought like hell today. We fought all year but we have been overmatched and today we fought and…I just feel so good for these kids,” Panapada said. “We switched up the offense and went back to my old days with some Wing-T. It was some old-school football we played.”

Eight teams will begin their quest for the 2018 FCIAC field hockey championship today, as the quarterfinal round gets underway at 3:30 p.m., Friday. Here’s a look at some stats on the eight playoff teams, as well as how they fared this season against their quarterfinal opponents. • To see an archive of the FCIAC’s … Read more

Scoring two goals in each half, the Ridgefield High girls soccer team began the postseason with a 4-0 win over Trumbull in an FCIAC quarterfinal game Thursday evening at Tiger Hollow. Ridgefield, the third seed in the eight-team field, will now play second-seed St. Joseph in the semifinals on Monday (5 p.m.) at Wilton High … Read more